vasopharm GmbH, a privately-held biopharmaceutical company focusing on novel therapeutics to treat cerebrovascular diseases, today announces the combined post hoc analyses of the phase 2 (NOSTRA) and phase 3 clinical trials (NOSTRA III) of Ronopterin (formerly VAS203) for the treatment of traumatic brain injury (TBI). These analyses expand on the clinically meaningful results in patients with moderate and severe TBI with early infusion of Ronopterin, starting between 6 and 12 hours after TBI. Ronopterin has the potential to be the first successful drug therapy for TBI with meaningful improvements in neurologic outcome.

The combined analysis of the phase 2 (NOSTRA) and phase 3 (NOSTRA III) trials reveals a positive and clinically meaningful impact on signs of efficacy and safety when Ronopterin is infused within 12 hours after TBI, particularly in patients aged 18-39 years. With this analysis, NOSTRA III confirms the results of the initial NOSTRA trial.

The early start of infusion with Ronopterin improves neurologic outcome at 6 months after TBI and supports the continuous neurologic improvement over time. The significant reduction in the intensity of basic treatment options reflects better control of increased intracranial pressure. This is best explained by Ronopterin’s mechanism of action: inhibition of excessive nitric oxide-induced cell damage and vasodilation decreases edema formation and brain swelling. In addition, none of the 133 patients aged 18-39 years showed signs of higher grade renal impairment; among the 122 patients aged 40-60 years, 16 patients exhibited fully reversible signs of higher grade renal dysfunction. The combination of Ronopterin-induced better neurologic outcome and complete absence of higher grade renal impairment clearly defines the patients aged 18-39 years as the target patient population for the next trials in the Clinical Development Plan for Ronopterin.

“I am happy to see strong evidence defining the optimal use of Ronopterin resulting in neuroprotection in patients with moderate and severe TBI. Currently, there is no drug treatment available to improve neurologic outcomes for these patients. For us clinicians it is crucial to have a drug allowing us to prevent and reduce the severity of secondary brain damage. Decreasing the vulnerability of the injured brain will support further maximum neurologic improvement after discharge from the neuro-intensive care unit. It is comforting to see that the improved outcome already disclosed in the prespecified analysis in the young adult patients is now repeated and confirmed in the post hoc analysis. This is very important as the young adults with their long life expectancy must return to their normal life in the best condition possible.”

Combining the 3 time points at 3, 6, and 12 months of the NOSTRA (6, 12 months) and NOSTRA III trial (3, 6 months) shows a continuous neurologic improvement over time in young adults with early start of infusion between 6 and 12 hours after TBI.

The steady decrease in proportion of patients with Unfavorable Outcome (GOS 1-3) is exceeded by a steady increase in Favorable Outcome (GOS 4-5) and Good Recovery (GOS 5) in the Ronopterin group. At 6 months, neurologic improvement appears to level off in the Placebo group with a continuous increase in the Ronopterin-treated patients, reaching highest values at 12 months (Good Recovery at 6 months: Ronopterin vs Placebo: 50% vs 26%; 12 months: 80% vs 20%, p=0.02).

Therapy Intensity Level (TIL) in 18-39 years

The combined analysis reveals a significant increase in proportion of low TIL levels (3-10 points) (Ronopterin vs Placebo: 71% vs 62%, p=0.01), reflecting decreased aggressiveness of treatment measures required to reduce ICP. Ronopterin’s TIL reducing effect is highest during the second week after TBI (81% vs 64%, p=0.0002).

Clinically relevant reduction in renal function (AKIN level 2 and 3) was never observed in patients aged 18-39 years neither in the NOSTRA nor the NOSTRA III trial. This underscores the positive benefit-risk profile for the use of Ronopterin in young critically ill adult patients with moderate and severe TBI.

“We are very excited about this robust and resilient data base. We can confirm the key results from the initial trial with the results of the corresponding NOSTRA III patients with early start of infusion. This strongly substantiates our conviction to move forward with Ronopterin. vasopharm will discuss with EMA and FDA the new Clinical Development Plan in the next months to support the market authorization application.”

About vasopharm GmbH
vasopharm is a privately held drug development company focused on small molecule therapeutics for the treatment of Traumatic Brain Injury (TBI). vasopharm was founded in July 1998 as a spin-off from the University of Würzburg Medical School by Harald Schmidt, MD, PhD, Professor of Pharmacology and Toxicology, and Ulrich Walter, MD, Professor of Clinical Biochemistry and Pathobiochemistry. For more details please visit www.vasopharm.com

About Traumatic Brain Injury
Traumatic brain injury (TBI) occurs when a sudden external force, such as a road traffic accident or fall, causes damage to the brain. This can impair cognitive, physical, and psychosocial functioning temporarily or permanently. This impairment can lead to disability and loss of independence. TBI is the leading cause of death and disability in young adults in the developed world. Annually, within the US alone, head trauma is the cause of approx. two million emergency room visits, 475,000 hospital admissions, nearly 52,000 deaths and approx. 80,000 cases of severe long-term functional, cognitive, and learning disabilities.

Current approaches are limited to the symptomatic treatment of acute TBI focusing on short term patient mortality (increasing blood pressure and reducing intracranial pressure) with limited impact on reducing long-term physical and cognitive deficits. To date, there is no specific therapy for patients suffering from the consequences of TBI.

Direct costs attributed to the current symptomatic treatment of TBI exceed $10bn p.a. in the US alone. TBI results in more lost working years than cancers, stroke and HIV/AIDS combined. On a global scale, the number of life-years lost due to TBI is four times that of diabetes-related loss. Moderate and severe TBI is associated with a 2.3 and 4.5-fold higher risk of Alzheimer’s disease, respectively. See www.center-tbi.eu for more information.

About Ronopterin
Ronopterin is an analogue of the natural co-factor, tetrahydrobiopterin involved in the generation of nitric oxide by the Nitric Oxide Synthase (NOS) family of enzymes. Ronopterin selectively inhibits the inducible NOS (iNOS) without significantly interfering with the function of other NOS enzymes. iNOS with increased release of nitric oxide is significantly involved in the cascade of damaging sequelae following brain injury.

Ronopterin has successfully passed phase 1, 2, and 3 trials. Its safety and efficacy profile underscore a positive benefit-risk assessment supporting its use to treat traumatic brain injury (TBI) patients. Ronopterin has pharmacologic effects on renal function that allow its controlled use in patients with risk of kidney dysfunction. Also, it does not interfere with neuronal or endothelial nitric oxide synthases (NOS) which are important for normal brain and body functioning. Beyond TBI, Ronopterin carries a development potential for a broad range of acute and chronic diseases characterized by activation of inflammatory cascades with subsequent activation of iNOS.

About Nostra
NOSTRA (NOSynthase Inhibition in TRAumatic brain injury) (Phase 2a) was an exploratory placebo-controlled, randomised, multi-centre study comparing Ronopterin to placebo, in addition to standard of care. The trial was conducted in six centres in Austria, France, Spain, Switzerland. and United Kingdom. Ronopterin treated patients had a significantly better clinical outcome than patients given placebo, as assessed by the therapy intensity level (at day 6 after TBI) and the extended Glasgow Outcome Score (at 6 and 12 months after TBI). The primary endpoint was eGOS at 6 months for which the median was 6 with Ronopterin vs 4.5 in the placebo arm. The trial results strongly indicate a neuroprotective role of Ronopterin in patients with moderate and severe TBI.

While the primary endpoint was not met, the prespecified analysis revealed significantly higher eGOS levels in the patients aged 18-39 years vs 40-60 years.

During the entire course of the study, an independent Drug Monitoring Committee (DMC) unanimously recommended to continue the study according to the original study protocol.
The DMC concluded that at no time any safety concerns were identified.

By extending the time to infusion from 12 to 18 hours after TBI to facilitate recruitment, the number of patients with infusion start between 6 and 12 hours was unintentionally reduced, reaching 30% in the NOSTRA III compared to 88% in the NOSTRA trial. This obvious difference forms the basis of the detailed post-hoc analysis. The combined analysis of the two trials with start of Ronopterin infusion within 12 hours after TBI shows improved neurologic outcome in all patients 18-60 years of age with significantly increased proportion of patients with Good Recovery (GOS 5) at 6 months (Ronopterin: 39% vs Placebo: 18%, p=0.03). 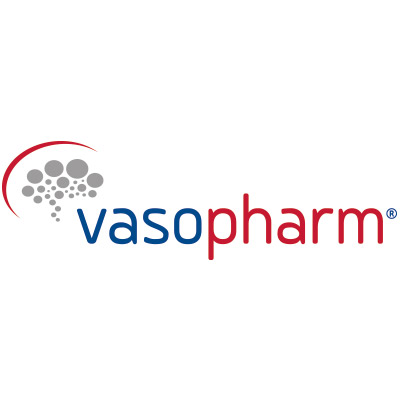