BioSpring expands in Offenbach: up to 1,500 new jobs

Offenbach am Main, December 16, 2022 – Before the year’s close, we share bright news for the future city of Offenbach: The biotechnology company BioSpring is purchasing an area of over 30,000 square meters on the Innovation Campus for three additional production units—a move that may create as many as 1,500 new jobs. This addition comes after a decision last January to build a high-tech production facility on their one-hectare site on Kettelerstrasse. Combined with the three additional production units on Mühlheimer Strasse, BioSpring will be tripling their space on the Innovation Campus.

In the booming biotechnology sector, BioSpring is one of Hesse’s flagship companies. Started in 1997 with only six employees, the company, led by the two managing partners Dr. Sylvia Wojczewski and Dr. Hüseyin Aygün, already employs almost 500 people. Biospring manufactures active ingredients for the pharmaceutical and biotech industries and is a global leader in the production of synthetic DNA and RNA fragments, also known as oligonucleotides, for therapeutic drug applications, including cancer therapies and metabolic diseases. Due to BioSpring’s enormous growth, BioSpring was named the Hesse champion in the job engine category in 2021.

In the long term, BioSpring will invest hundreds of millions into Offenbach. When completed, the Innovation Campus will host the world’s largest capacities for special oligonucleotide-based active ingredients.

Mayor Dr. Felix Schwenke emphasizes the enormous significance of the company’s fundamental decision to expand strongly in Offenbach: „Offenbach will thus become an important production site for a very successful company in the biotech sector. Active ingredients based on the oligonucleotides produced by BioSpring have the potential to enable new therapeutic approaches for a large number of previously untreatable diseases. One of my central economic policy goals, to make Offenbach less dependent on individual industries by bringing in a broader mix of different companies, will thus become a reality in the coming years.“

Managing Director Sylvia Wojczewski: „We are very pleased that this expansion space in Offenbach will allow us to fully exploit our enormous growth potential in the coming years. For BioSpring, the purchase of this industrial site is a big step in shaping our future.“

BioSpring expects up to 200 new jobs to be created in Offenbach on the Kettelerstrasse site alone, which was acquired in January. To accomplish this, the company will repurpose the former social building of Farbwerke Hoechst, replacing the adjoining former worker’s canteen with a modern production facility.

According to Managing Director Hüseyin Aygün, both the newly acquired site on Mühlheimer Strasse and the site on Kettelerstrasse, will provide space for up to 1,500 future-proof jobs for highly-qualified employees. Construction activities are scheduled to start in 2026/2027.

The current production and laboratory facilities in Frankfurt-Fechenheim will be retained and expanded. A larger part of the administration, which will also be expanded by then, will be located in Offenbach in the long term.

The significant expansion will provide the opportunity for BioSpring to increase its production capacities up to 30 times the current capacities long term, according to Hüseyin Aygün. This would enable highly innovative active ingredients to be produced in Offenbach on a multi-ton scale in the future.

Hüseyin Aygün: „Furthermore, the quality control and analytics divisions in Offenbach are being massively expanded. New product and service lines are being created. We are sending a strong signal for innovative and future-oriented active ingredient production at the German site.“

„Offenbach’s strategy for attracting innovative companies is bearing fruit,“ Sylvia Wojczewski attests to the City. „We are very happy about the conclusion of the purchase agreement with the municipal utility company INNO.“ This was preceded by intensive discussions at the highest level between Offenbach’s city leaders concerning Mayor Dr. Felix Schwenke and the management of the biotech company. Sylvia Wojczewski praised the „excellent support provided by the City of Offenbach“ and the „rapid process“.

„For me as treasurer, such days are of course also gratifying,“ says city treasurer Martin Wilhelm. „With the settlement of Frankfurt-based valve manufacturer Samson AG, one of the world’s leading suppliers of intelligent control valves, and the biotech company BioSpring, which is also one of the world’s leading companies in its sector, there will again be a high level of value created for the city in the form of business tax revenue and jobs in the foreseeable future.“

„However, it is important to understand,“ Wilhelm said, „that it will now take several more years for such days to be noticeable, not only through excavators and construction work, but also in the city coffers, which are important to citizens.“ This in no way dims the joy, it is just important to keep in mind. „You simply have to acknowledge the facts“ adds city planning officer Paul-Gerhard Weiss: „After less than five years of work by Lord Mayor Felix Schwenke, very important foundations have been laid for a substantially better future for Offenbach—Prospects that this city has not had for decades.“

Meanwhile, the City is working at full speed on the development plan for the Innovation Campus. Weiss continued: „The urban land use planning procedure is currently in the drafting phase, including the preparation of all necessary expert opinions and concepts.“

For example, the procedure is concerned with the external and internal traffic development, an innovative mobility concept and a parking space key based on it, as well as energy and ecological issues such as solar panels or roof and façade greening. To this end, an energy concept, a climate report, and an environmental report will be drawn up. It is expected that the city council will be able to pass an approval resolution on the public display of the B-Plan in the spring, according to Councilor Weiss.

Lord Mayor Schwenke summarizes: „I have very great respect for the personal performance of the management, Dr. Wojczewski and Dr. Aygün, and I am very grateful for the good cooperation. We are offering the company the opportunity to continue its success story on its own land and to grow considerably. As long as it succeeds, it is good for people’s health, for the company and for the City. If Samson and BioSpring’s plans work out, there may be more people working on the Innovation Campus in the near future than in the heyday of the postwar decades. In this respect, today is without a doubt a very good day for Offenbach.“ Schwenke also expressly emphasized the outstanding support for this project, including from Mayor Sabine Gross, who is currently on vacation.

70 percent of the campus marketed

The owner of the Innovation Campus is INNO Innovationscampus GmbH & Co. KG, a real estate company owned by Stadtwerke Offenbach, which is developing and marketing the site together with its sister company OPG Offenbacher Projektentwicklungsgesellschaft mbH on behalf of the city.

„26 hectares of the campus are available for commercial development,“ explains Daniela Matha, who is responsible for the entire real estate division at Stadtwerke and manages the INNO company together with Stadtwerke CEO Peter Walther. „More than 18 hectares, 70 percent of the developable area, have now been sold,“ says Matha, pleased with the rapid marketing success.

More than half of this, 14.3 hectares, was acquired by Samson AG last year. BioSpring will initially set up its production as planned on just under one hectare in the east of the campus, directly next to Samson, and then expand on the newly acquired three-hectare site in the south of the industrial park.

BioSpring is a contract manufacturer for the biotech and pharmaceutical industries and a global leader in the production and analysis of oligonucleotides, which are used in medicine, diagnostics, and research. Oligonucleotides are made up of the same building blocks as human genetic material. BioSpring is the most important international manufacturer, especially for the therapeutic production of so-called gene scissors, which are used for the revolutionary „genome editing“ as a novel treatment option.

BioSpring was founded in Frankfurt am Main by Dr. Hüseyin Aygün and Dr. Sylvia Wojczewski, who were students at Goethe University at the time, and is still owner-managed today. The company, which now has almost 500 employees, has its production headquarters in Frankfurt-Fechenheim and a subsidiary in San Diego, USA.

The active ingredients produced at BioSpring have the potential to provide therapies for a wide range of diseases that are currently untreatable. These include novel active ingredients for the treatment of cardiovascular and metabolic diseases as well as cancer, for example. 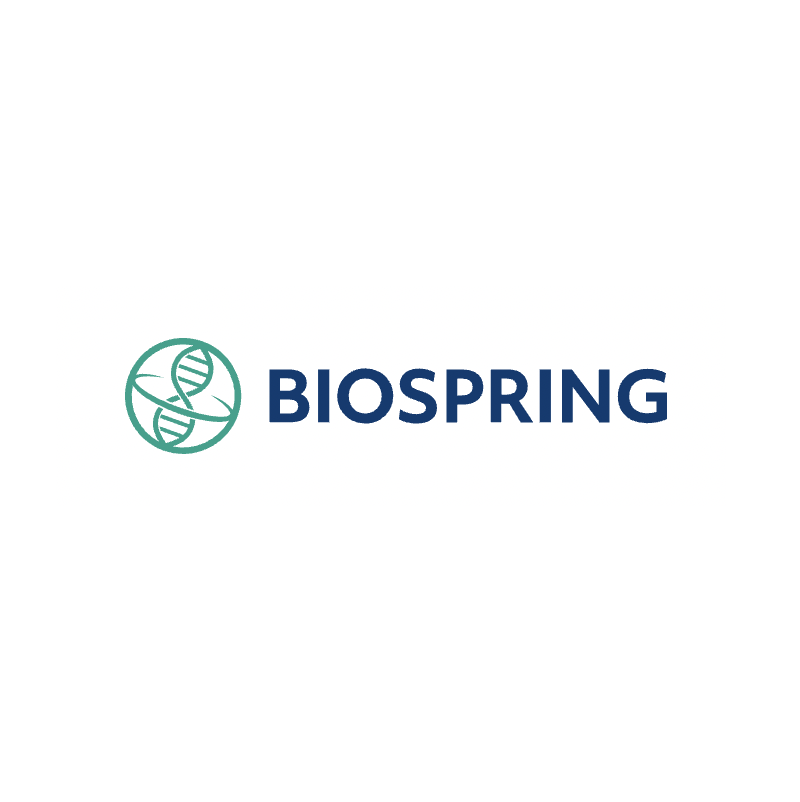